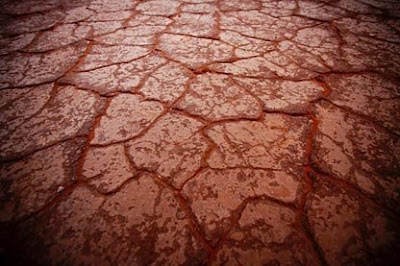 8:30pm tonight is Earth hour, where towns and cities in more than 135 countries turn off their lights. For one hour. To save the planet from climate change.

To be fair, the World Wildlife Fund for Nature conceived of Earth Hour as an awareness-raising tool, to get people engaged and thinking about how much carbon dioxide our use (and over-use) of electricity pumps into the atmosphere. The symbolism of all those millions of people “powering down” is supposed to lead to bigger and better action. Because, the argument goes, the more people demonstrate they care the more action we will get on climate change.

While I understand the importance of symbolic actions, the voluntaristic, individualistic and de-politicised focus of the initiative does us few favours here in Stephen Harper’s Canada.

From Earth Day to Earth Hour we are told that we all have a responsibility for what is happening to the planet. Change your lightbulbs, ride a bike, eat locally. All good things to do, but not to stop or slow climate change. At a very general level we—as inhabitants of spaceship earth—do all play a part, but not even nearly equally. This ‘joint responsibility’ narrative conveniently ignores the fact that particular industries, particular governments, and particular individuals bear far more responsibility. That means that unless the actual groups causing the problem change, we don’t address the problem. And they don’t want to change, so they’re fighting. And winning.

I’d like to raise a bit of awareness about how climate change needs to be a political and economic movement. Not news to readers of this blog, perhaps, but certainly necessary in the broader culture.

This week, the celebration of Earth Hour in Canada is particularly cringeworthy. Climate change cannot be divorced from the fact that we are witnessing the most environmentally hostile federal government in Canadian history. It pulled out of the Kyoto protocol in December 2011, despite our top-of the charts per-capita emissions. In this week’s federal budget things got much, much worse. A few examples of what the budget did for climate change action:

By “climate change action” by this government, I mean policies that intensify global climate change. What they’re up to is well beyond inaction. The Conservative government in Ottawa is cutting key mechanisms to gather, study and take action on climate change and either facilitating or outright funding the energy industries and speculative interests that are literally fuelling the erosion of the planet’s carrying capacity. Taken together with the significant efforts of oil companies to mislead the public (aka “greenwashing”) about their environmental impact, things in Canada are looking pretty dire.

Contrast that with Bolivia, which has been working in stages over the past two years to pass a “Law of the Rights of Mother Earth” which gives legal personhood rights to the planet: rights to clean water, diversity, air, equilibrium and the like. For the Bolivians, the ecosystem is a matter of “collective public interest” in need of legal protection. For the Conservative government in Canada, the only public that matters is the one invested in drilling, mining and shipping extractive resources to the U.S. and Asia.

Tackling climate change is not about our lights tonight. It is about Canadians with a disproportionate share of power destroying the planet. Economists like to assume the substitutability of depleted resources. We simply don’t get to choose to substitute this earth for another one. In the long run, when perhaps all those science fiction novels come true and we start terra-forming planets, we’ll all be dead, and a scorched earth is all that we’ll leave behind.

Julie MacArthur is a researcher, writer and academic currently living in Auckland, New Zealand. She works on the social and solidarity economy, politics of renewable energy, restructuring in academia and gender issues