Privatizing education in BC has been largely subtle and hidden. Absurd conflicts like this below [Restricted Vancouver playground access sparks angry exchange between [PRIVATE!] school principal, parent] help the general public see what’s actually been going on for a long time with private schools. Mine mine mine mine mine mine mine mine mine. Not ours. This is unacceptable!

Note the editor conspicuously omitted the word “private” from the headline’s description of this school principal. Spin alert!

And why have we given a free pass to the premier for sending her child to a private school? That’s not an indictment of the public school system, it’s an indictment of her job as a public servant.

A dispute over neighbourhood children being denied access to a private school playground in North Vancouver has sparked an angry exchange between one parent and the school principal that ended up on YouTube.

Anne Fisher is outraged that the private school, which leased the former public school in 2010 including the playground which the community had fundraised to build, won’t let other children from the neighbourhood on the grounds during the day. 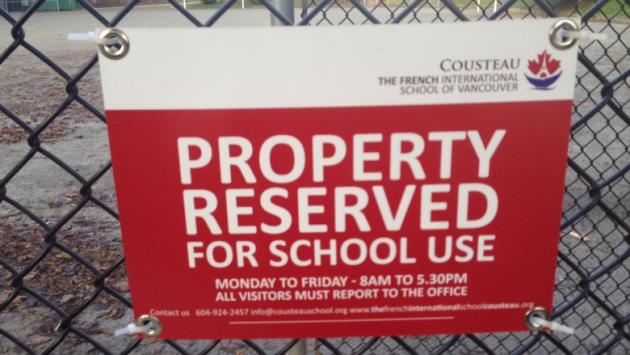